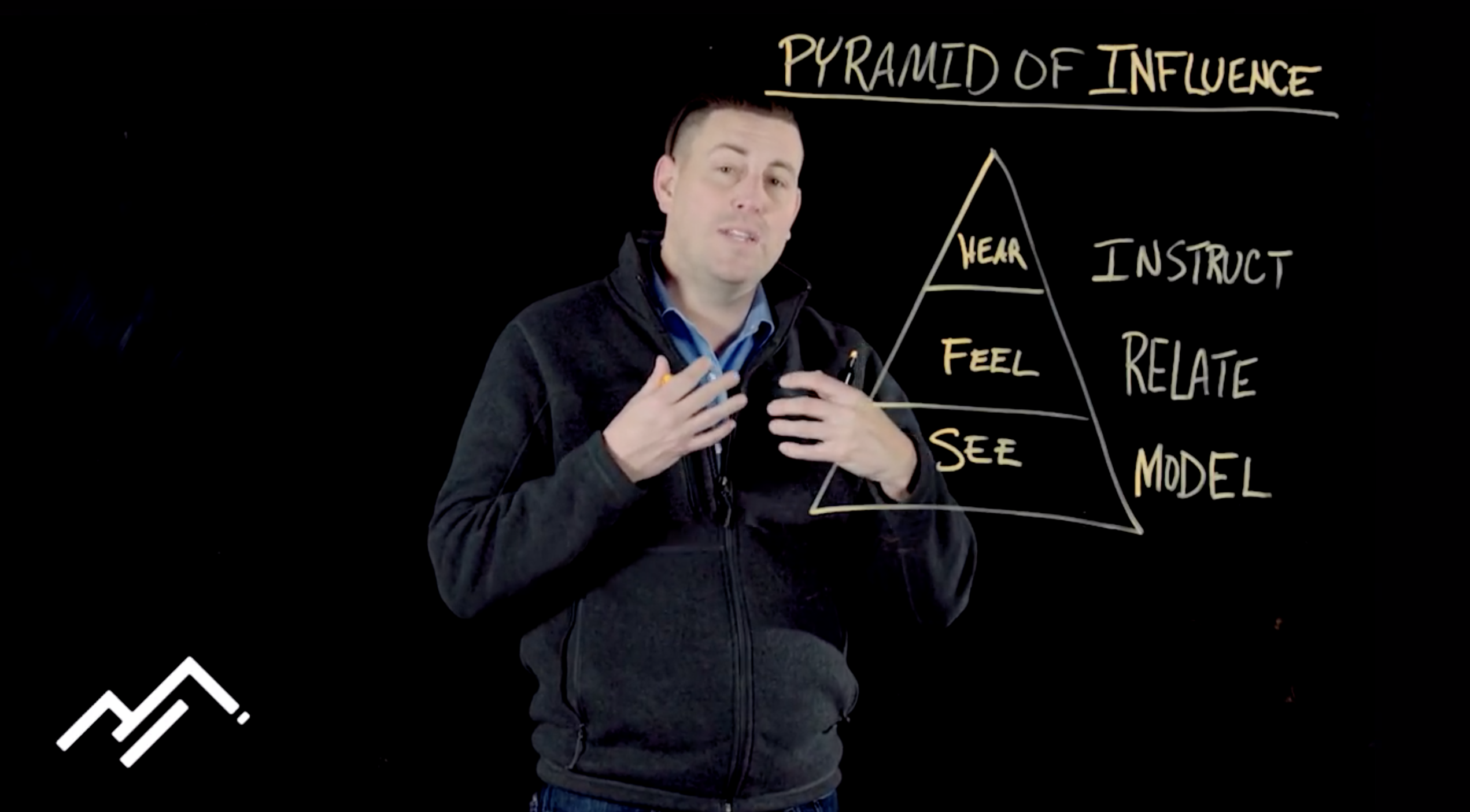 Let’s talk about the Pyramid of Influence. John Maxwell is famous for saying, “Leadership is influence; nothing more and nothing less.” I would tend to agree, and you likely would too. The problem is that a lot of us don’t know how to build influence, especially when we’re new to a team.
Stephen Covey developed the Pyramid of Influence. Covey said the most important thing is what people see, the bottom layer of the pyramid. You need to model what you want done. You must align yourself with the purpose and ensure that what you’re doing aligns with where the team is going because actions speak louder than words.

The middle layer of the pyramid reveals the importance of being relational. You must come alongside the team, lock arms with them in one purpose and one accord, and lead the team to a goal. It is vitally important that you move from the team seeing you doing stuff to doing stuff alongside them and they feel the emotional connection to what you are doing.

The top of the pyramid is what your team hears. Oftentimes, we start here. We try to cast vision or persuade using words, but Covey would say the opposite is true. It’s important to understand this because so many times our actions are speaking so loudly that people can’t hear what we’re saying. Remember to model things first then build on that foundation.

Now that you have the Pyramid of Influence and can begin to know what is your next step in gaining influence with your team, what are you going to do about it?