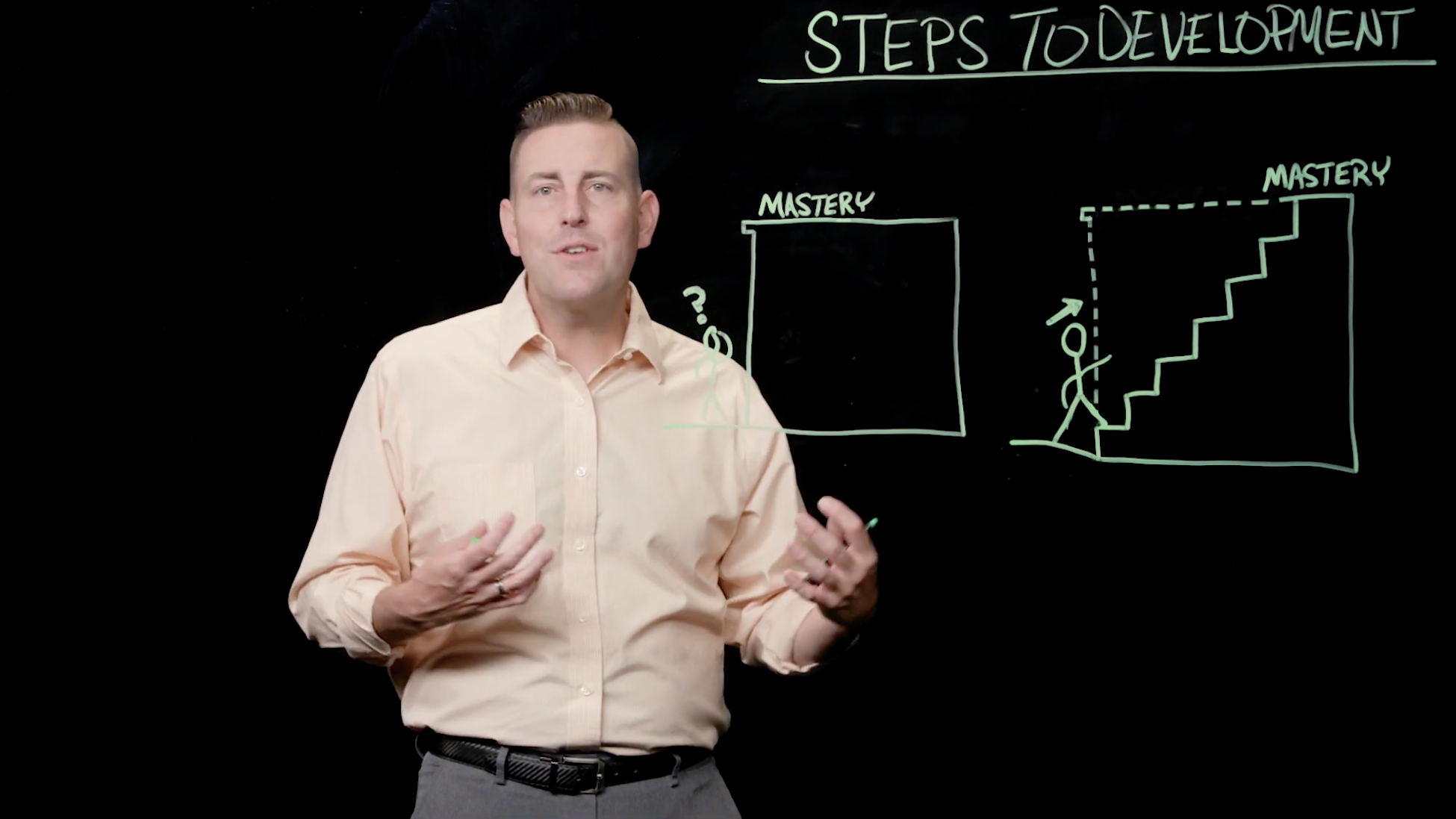 Today I want to talk to you about how to design steps of development. So, let’s take a look.

Often, when we think about development of a new leader, it seems like a monumental task. Both to us and to the leader. After all, this is more like a giant leap and in the past we may have trained in such a way that we are putting a wall in front of people and asking them to do a pull-up in order to stand up on top of mastery.

However, if we think of development as incremental steps it becomes much more attainable. New leaders have tangible next steps they can follow and they can see progress as it leads to mastery and development. There may be five steps or ten steps depending on the level of complexity, but the point is to break down the development experience into smaller, actionable steps.

Now that you know how to design the steps of development. What are you going to do about it?

Check out our FREE leadership frameworks on Ministry Grid for personal development and to develop your staff and ministry teams.